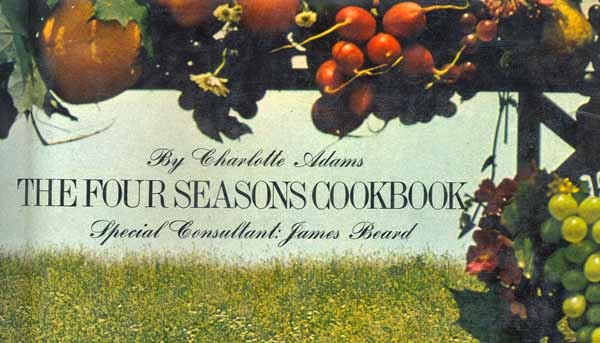 An estouffade is a dish whose ingredients are slowly stewed. the combination of that sort of cooking with venison which has been well marinated produced tender meat. Chef Chantreau says that some chefs add a graniture of small onions, mushrooms, and diced pork belly to this dish. But he says also that he is not a partisan of this custom, because he thinks that too many additions take away from the flavor of the venison.

Add the tomato puree, bay leaf, and flour, and stir well to mix with the meat. Add both wines and the 2 cups of marinade. Simmer 1 1/2 hours.  Remove meat to a serving dish and keep it warm. Season with salt and pepper. Strain over meat. Arrange the croutons and potatoes around the meat. Serves 6.

A marinade gains flavor from the meat it marinates and often becomes a component of the sauce served with the meat.  This recipe makes sufficient marinade for 6 pounds of venison, boar, rabbit, beef, etc.

Cat the meat as instructed in the particular recipe, removing all fat and connecting tissues. Mix all ingredients and pour over meat. Marinate for as long as the recipe requires.

(Origin - "The Four Seasons Cookbook" by Charlotte Adams, with Special Consultant James Beard, 1971.  Aside: "This collection represents the most popular and the best" from New York's famed Four Seasons restaurant.)
Posted by Deborah White at 10:39 AM