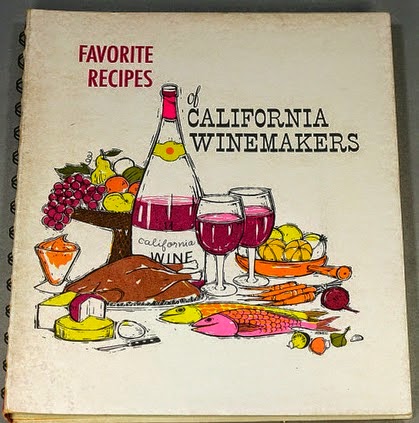 Add the Chablis or Sauterne wine, and bring to boiling. Reduce heat, and simmer for 45 minutes to an hour.  Add peppercorns in the last half hour of simmering.  Remove ham to oven-proof baking dish, and pour over Sherry.

Bake ham covered in a very slow oven (250 degrees) for 45 minutes to 1 hour longer, basting occasionally. Before serving, use remaining wine in pan as part of liquid to make an accompanying  mushroom sauce, if desired.

(Origin - "Favorite Recipes of California Winemakers" collected and published by the Wine Advisory Board of San Francisco, 1963. This recipe was from Rene Baillif of Buena Vista Vineyards in Sonoma, California.)

Posted by Deborah White at 5:04 PM