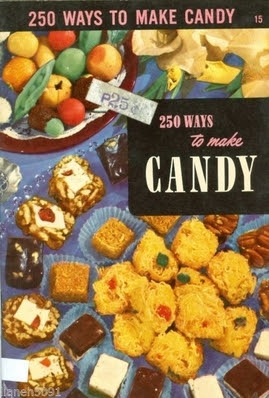 Drop by teaspoonsful onto waxed paper.  If preferred, turn the beaten mass into a 7x11-inch pan which has been lined with lightly buttered wax paper.  When cold, cover.

Posted by Deborah White at 3:31 PM