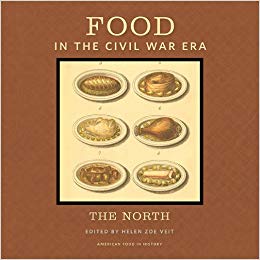 "Vinegar made of cider is the best; that of sour wine or beer is good. Much of the vinegar sold is not good, being made of poor, often unwholesome materials. On this account, it is advisable for housekeepers to manufacture their own vinegar; it is also much more economical.

"Procure a barrel, or a half a one of cider, put to it a piece of paper dipped in molasses, keep the barrel in a warm place, in a place exposed to the influence of the sun, until it becomes vinegar.

"Tea, coffee, and sour beer, which you have left after meals, may be added to the vinegar without injury to it, if not added in large quantities at once, so as to weaken the vinegar.

"Very good vinegar may be made of fair, good apple parings, by putting to them rather more than sufficient water to cover them in an unglazed earthen pot, with a paper dipped in molasses put in it. Keep it in a warm situation. In the course of several weeks, it will ferment, and become good vinegar."

Posted by Deborah White at 3:08 PM