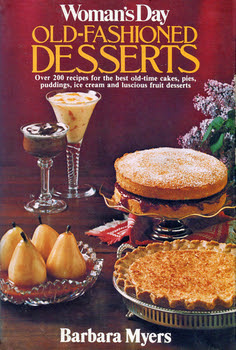 Sift the flour, sugar, cocoa, baking soda, and salt into a mixing bowl.

Stir in the mayonnaise, water, and vanilla. When well combined, beat well by hand for 200 strokes, scraping the spoon and bowl several times.

Pour into 2 greased and floured 8-inch round layer cake pans. Bake in a 350 degree oven for about 30 minutes. Cool on a rack in the pans for 5 minutes, then turn out and cool completely.

Fill and frost with Meringue Frosting.

Combine the egg white, sugar, cream of tartar, salt, and vanilla in a large mixing bowl. Beat slowly with an electric mixer until well mixed.

Turn the mixer to high and gradually our in the boiling water. Beat until the egg white forms stiff peaks and the sugar is completely dissolved.

Posted by Deborah White at 1:21 PM