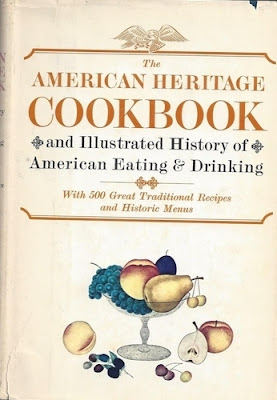 Court bouillon:
To make the court bouillon:  Place the red snapper head in boiling water with the bunch of herbs and sliced onion.  Cook over a low heat, uncovered, until liquid is reduced to about 1 pint.  Strain and set aside liquid.

To make the Bouillabaisse: Sprinkle the slices of red snapper and redfish with salt, pepper, and cayenne.  Combine garlic, thyme, parsley, bay leaves, and all spice, and sprinkle ovef fish slices.  Let stand for 30 minutes to permeate the fish.

Heat olive oil in a large heavy kettle, add chopped onion, and cook over a low heat until limp.  Lay fish slices on top (do not overlap), cover, and cook slowly for 5 minutes.  Turn slices, and cook for another 5 minutes.  Carefully transfer fish to a platter.

Add wine to kettle, then add the tomatoes (sliced, if fresh ones are used), lemon slices, and court bouillon set aside.  Cook, uncovered, until liquid is reduced by half.  Return fish slices to the liquid, and simmer gently for 5 minutes.

Meanwhile, dissolve saffron in a little of the hot liquid from the kettle. Set aside.  Saute slices of French bread in melted butter, and place on a large, deep serving dish.  Put a slice of fish on top of each piece of bread, and spread the saffron mixture over the fish.  Pour hot broth over all , and serve immediately.  Serves 12.

Variation Note - To the simmering bouillon, add 1/2 pounds large uncooked shrimp and 1 pound lobster tails. Cook 5 minutes, then remove from liquid. Set shrimp aside. Do the same with lobster tails. Unshell after cooking.  Cut lobster meat into small pieces. In a separate pan, steam open a dozen cherry stone clams and 1/2 pound mussels. Before serving the Bouillabaisse, add shrimp and lobster to liquid. Place clams and mussels in the serving dish with the slices of sauteed bread.