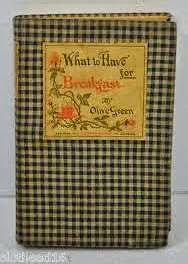 Spread the dough in a shallow buttered baking-pan. Sprinkle with chopped nuts, sugar, cinnamon, and dots of butter.

Bake until brown and crisp. Cut in squares, and serve piping hot.

Posted by Deborah White at 8:28 AM