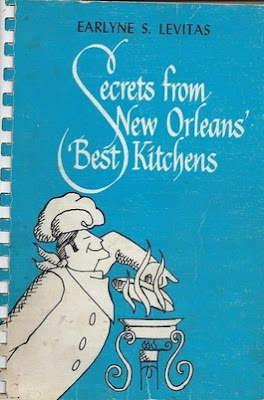 Cut avocados in half.  Fill cavities with baby artichoke hearts.

Combine the remaining ingredients, leaving the parsley for decoration.  Pour the sauce over the artichoke hearts.  Sprinkle with parsley and serve.

(Origin - "Secrets from New Orleans' Best Kitchens" by Earlyne S. Levitas, 1973.  Recipe from Le Ruth's restaurant in Gretna, Louisiana. Le Ruth's opened in 1966, and was regarded as a top New Orleans restaurant until it closed in 1991.)

Posted by Deborah White at 5:26 PM