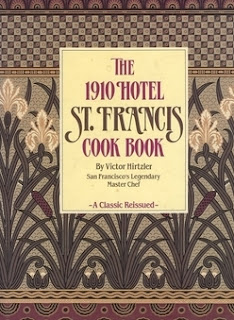 "...and warm up in a double boiler. Bring one-half pint of milk to the boiling point, and add it to the mixture.   Continue boiling, and stir all the time until it becomes thick.

"Then spread it on a platter about a half-inch thick, and allow to become cold. Cut into pieces about two-inches square, roll in flour, then in beaten eggs, and finally in bread crumbs. Fry in swimming lard or in a frying pan with plenty of butter."